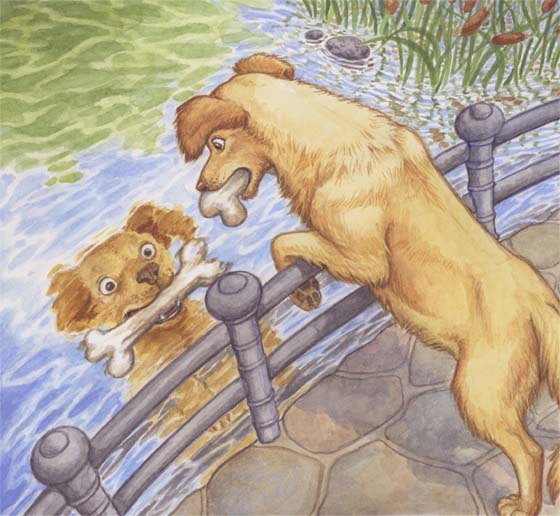 As well as teaching our children to walk, talk, feed and toilet, as parents, we also have the more cerebral challenge of teaching them good morals. Whereas in previous generations, families would often have the help of the Church, Synagogue, Mosque or Temple, we live in an increasingly secular society. In the last census poll nearly 50% of the British population identified themselves as having no religion. I have a sneaking suspicion that a good percentage of the other 50% probably live in the catchment area of an excellent faith school!

Whilst I have no time for imposed religion, I do think that the lack of a belief system can leave a bit of a void in one’s life. My hunch is that the self help industry has gained what Sunday collection plates have lost.

What has this got to do with children’s music classes? Well this week’s story is taken from Aesop’s Fables which is as good a replacement for a moral authority as any I can think of!

Although writing thousands of years ago, Aesop concerns himself with a very modern preoccupation: Gratitude. Never has a story exemplified the benefits of being grateful for what you have and eschewing greed more than The Dog And The Bone.

I love the simplicity of Aesop’s wisdom and how the morals of his tales are hard won and learned through life experience by the stories’ protagonists. By the end of our class this week, The Dog will have skulked off still hungry, but infinitely wiser for having learned not to take forgranted what one already has.