How To Teach Babies Rhythm 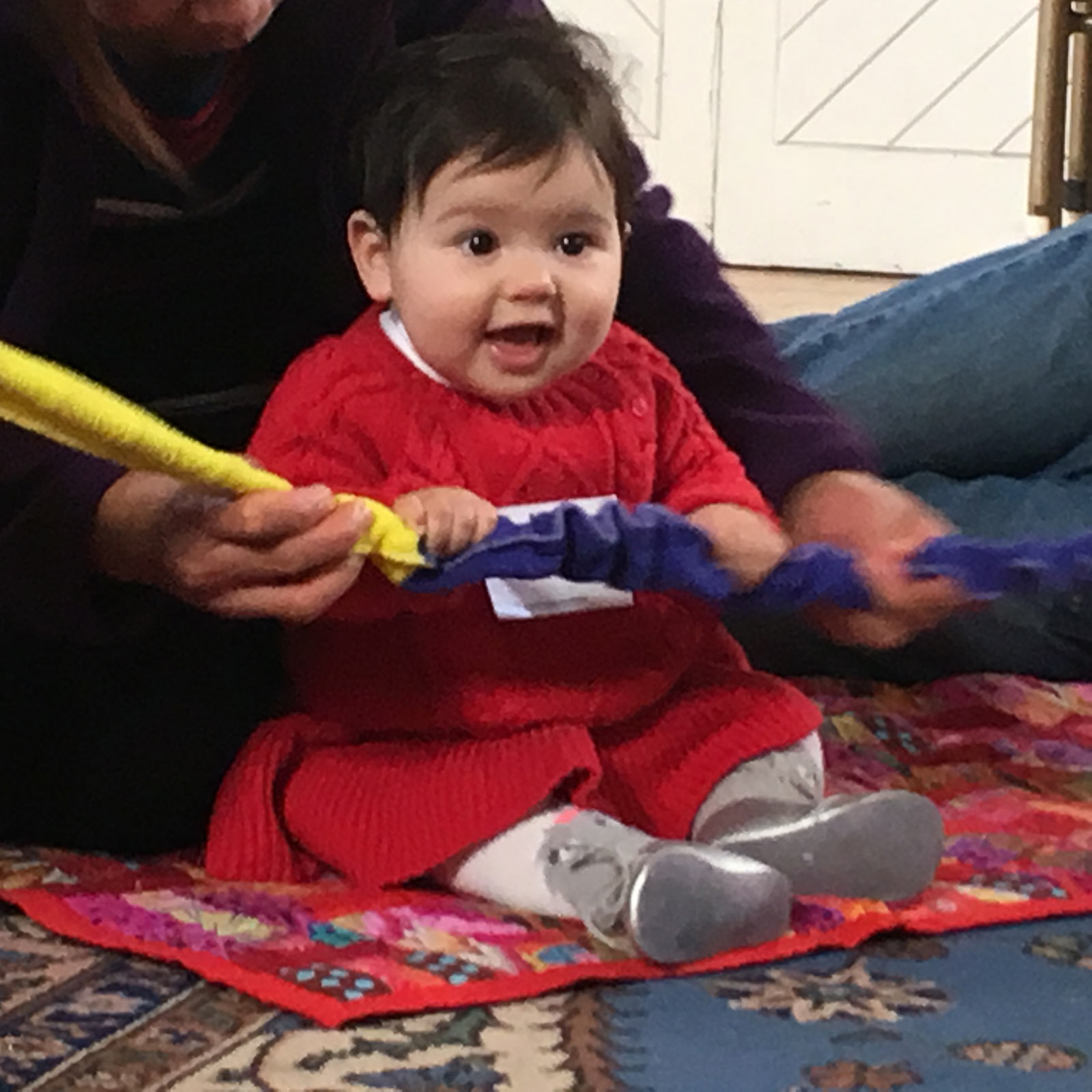 I’d been running Mini Mozart classes for quite some time before one of the Mums sidled up to me at the end of class with an embarrassed look on her face. “It’s all very well you telling us to beat along in time to the music” she said, “but I can’t! I have absolutely no sense of rhythm whatsoever”.

It reminded me of an article I’d read by an anthropologist who believed that we’ve lost our sense of rhythm as a culture because we are no longer carried as babies. In the ‘olden’ days, rather than being pushed in a buggy or driven to the shops, we would have been carried great distances to get food and water. The rhythmic left, right, left, right of our Mother’s walking instilled, like the heartbeat we listened to in utero, the rhythm of life.

Obviously, we can’t magically infuse each adult with rhythm in a 45 minute children’s music class, but to assuage the lovely Mum’s embarrassment, I introduced The Giant Scrunchie to our rhythm exercises.

At first the idea was if everybody held onto the scrunchie, the teacher’s timely tempo would be effortlessly transmitted around the class for everybody to join in. It was immediately obvious though that the scrunchie’s contributution to the class experience was far more than simply that of rhythm master. Forced into a slightly more intimate circle, children (and indeed adults) who usually took no notice of eachother in class began not just to parallel play, but really interact with each other. The children literally felt that this was a team exercise and smiled across the circle to one another. I was ecstatic that by accident I had discovered a prop that so wholly augments the social and developmental benefits that Mini Mozart is designed to engender.

The kids love it so much that we’ve had to write a special ‘Goodbye Giant Scrunchie’ song to ease the transition to another game otherwise people get tearful – and that’s just the ‘grown ups’!